Breathing Without Fear: Don't Let Asthma Keep You Down

As you are trying to fall asleep at night, do you feel the continued urge to move your legs? Perhaps your legs feel tingly and almost painful if you don't move them. The second you move them, they feel better — but it's only a moment until you feel the need to move them again. These sensations could be due to a condition called restless leg syndrome. It's a neurological condition, and if you're having symptoms of it, you should see a neurologist. Here's a closer look at what the diagnosis and treatment protocol often involves.

How do neurologists diagnose RLS?

RLS is a condition diagnosed primarily based on symptoms. Your neurologist will talk to you extensively about the movements and urges you're experiencing as you try to drift off to sleep. They may ask you to track your symptoms in a journal for a few days so that you have a better idea of how often they occur, the intensity, and what times of day or night they tend to occur. Not all cases of RLS only affect patients at night. Some patients have urges to move their legs during the day, too. If this is the case, make sure you record it in your journal.

Your neurologist may conduct a few other, basic blood tests to rule out nutrient deficiencies as a cause of your restless legs. Sometimes a vitamin B12 or iron deficiency can cause similar symptoms. They may also send you to a sleep clinic. Here, you'll be observed and monitored during a night of sleep to rule out sleep apnea as a cause for your sleeplessness.

How is RLS treated?

Most cases of RLS are treated with various prescription medications. A common one is ropinirole, which is designed to increase the levels of dopamine in the brain. Doing so should help stop the excess sensations in your legs. Some patients have also been prescribed muscle relaxers, which can help them relax and sleep better at night. Lifestyle changes like avoiding caffeine, taking warm baths at night, and getting moderate exercise can also help ease RLS symptoms.

Can RLS be cured?

Most patients with RLS will never fully be cured of it, but they will be able to keep symptoms under control with medications and lifestyle changes. Once you break the initial cycle of sleeplessness and restless legs with effective treatments, things tend to get better.

If your legs just won't sit still at night, see a neurology specialist. RLS is more common than you might think, and it is treatable. 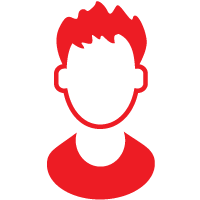 If you suffer from asthma attacks, you know the fear of not being able to breathe. As an asthma sufferer, I understand your plight. Eight months ago, I experienced a severe attack after being exposed to cigarette smoke. My friends and I attended a party in our neighborhood. The majority of guests knew not to smoke around me, but some of the guests didn't care and smoked anyway. I simply couldn't catch my breath or take in air. Out of fear for my life, my friend called emergency services. After receiving care, I felt much better. I started a blog to help other asthma victims learn how to manage their condition. Your asthma isn't something you or other people should ignore or mistreat. Get the facts and information you need now. Good luck.